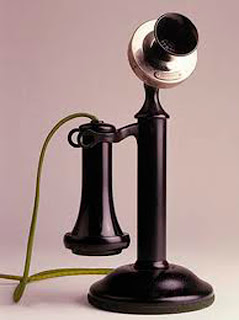 The last of the tenants have gone home.  It was a financially bruising season.  I understand that Islanders on the Vineyard have to make all of their money during the summer months.  Gouging the summer folk is, if not a sport,  the norm.  They have reason to be bitter, the place shuts down after January first with few bars and nary a chichi store to be found.  Unemployment rises.  I have been there in February, walking the wind-whipped shores, and  I took to drink.
If I lived there year round, I would be right pissed about all these people in their Range Rovers trampling on my island.  So yes, there is justification.  But still....
A continually sparking pilot light prompted one tenant to call the gas company for an emergency visit.  I understand the tenant's concern.  The pilot light is electrically generated.  Unplug the stove for 30 seconds. Problem solved. We should have left a note to that effect. (There is nothing more inviting to a tenant than a house whose appliances are festooned with such notes.)  The gas company allegedly spent two and a half hours resolving the problem for $452.  (Last year a different company charged us $300 for travel time.) I called the gas company for an explanation.  The accountant couldn't find the work sheet.  She left a message the next day reducing the bill by $200 with no explanation of her generosity.   Then the phone bill arrived with a charge of $49 dollars for a 12 minute call to a 264 country  area code.  Namibia.  The tenants swore they did not call Africa.  No one else was in the house.  (Several years ago a member of cleaning crew had a lengthy chat to Brazil and billed me for the time as well.)
I called Verizon and waited 42 minutes to talk to a human.  When I explained the problem the operator said 'the call came from your house.'  Computers don't lie.  The best he could do was to call the number in Namibia and see if they could identify the caller. A long wait ended with the news that the call was to Cape Air in Hyannis, Massachusetts.  A stone throw from the Vineyard.  He didn't understand the mistake, Hyannis is a 508 area code but the computer listed it as 264-- Namibia.  (Perhaps with all the outsourcing the call was routed through Namibia.)  You would think I felt victorious, but I was just exhausted.
There are worse stories I could tell but my family won't let me.

Posted by richmondlikethecity at 12:32 PM No comments: 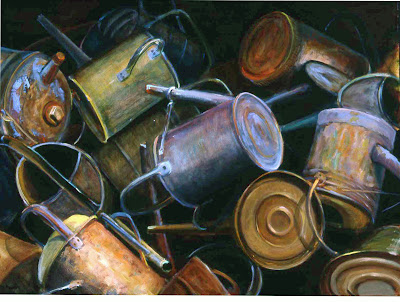 In my rush to appear 'prepared' and not 'piggy' in my last blog, I neglected to include  my most troublesome need for plenitude.  Future paintings. I need a back stock of three or four good ideas or I get prickly.  This happens to me rather more often than I would like. The last time, I wandered around  taking photos of detergent bottles, spiderwebs and truck wheels, anything really, hoping for a jump start.  (There is a folder on my computer labeled "Desperate Still Lifes".)

I am now officially prickly.  I have run out of gas in the middle of the ocean.  No land in sight.
Posted by richmondlikethecity at 10:37 AM No comments: