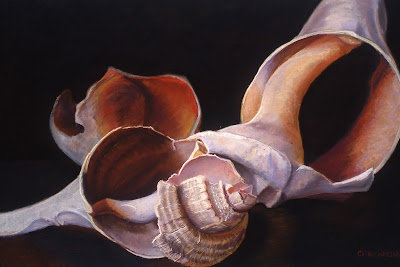 Spring has sprong and so has my back.  After a month of limping and climbing stairs one leg at a time as if I had a priceless tea cup on my head, I saw my doctor.  He sent me for an MRI which was done at 8:30 at night.  (There is something very creepy about medical procedures occurring after normal business hours.)  When the doctor called  with the results he seemed in awe of the collapsing cartilage, advanced degenerative arthritis and scar tissue.  This is a man who had replaced my left knee twice within a matter of weeks so he should have been prepared for havoc.
I am fervently hoping to avoid further back surgery.  I had two disks removed 20 years ago.  My husband wasn't a 'hands on' attendant'.  I was flat on my back, stranded in the guest room. He would check on me before he went to work and when he returned asked if I might need something.  I learned a valuable lesson, when surgery looms,  keep a jar of peanut butter and a bag of prunes by the bed.
The big 65 is just around the corner.  I had hoped to be in better shape.  Optimism is for the young.  I feel like an old car swaying down the road with bits and pieces falling by the wayside.  A muffler here, a rusted bumper there, the rest is duct taped.  And there is an 18 wheeler bearing down on me at warp speed.

Posted by richmondlikethecity at 10:08 AM No comments: 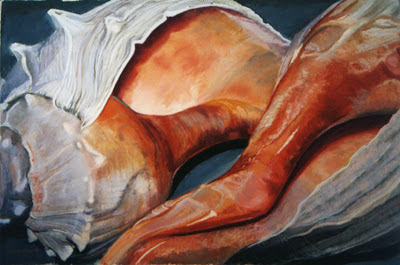 My mother used to grumble and fret for a good three days before she would hole up in a closed room to pay the bills.  But her real stress was her role as a landlord. My father claimed he was unsuited to handle such matters.  My mother often lamented that she wished, just once, to live in a house that did not need to be rented.  We lived in Connecticut for nine months a year.  When we moved up to the Vineyard for the summer, the Connecticut house had to be rented.  Readying the house for tenants was also my mother's job.  My father would disappear to the golf course.  I was supposed to help, but cleaning was never my ambition.
If it were but one house, she could have handled it.  My father was a writer and my mother an artist.  In the early years, there was a certain herky-jerky quality to their financial stream.  My father's grand idea was to invest in real estate.  He had lucked out in 1953 by purchasing a Victorian house on 25 acres on Chappaquiddick for $8000.  To improve future cash flow, he created more rental houses.  First, he moved a goat shed, an art studio and other out buildings on the property across the way, paid $500 for a foundation, and voila, a rental house.  Later he made my brother Randy climb trees to find the highest point on our land.  He then had a house built of his own design.  It had no inside stairs, a widow's walk on top, and electric heat, which extended the rental season.  Mother, quite reasonably, hated being a landlord.  One year tenants in the goat shed house complained that there was a wretched stench in the wall by the fireplace.  Something big had died and they wanted it out. Now. Or a rebate on the rent.   So, Mother hired a team to remove the wall at no small cost. They found nothing.  It was later determined that the offensive smell came from a pretty conch shell, placed on the mantle by the tenants.  There was nothing pretty about the dead conch inside.
I have inherited her dread of tenants.  And leases.  Which makes me wonder what sick impulse led me to volunteer to be lease chair at The Torpedo Factory. There are 70 or 80 studios rife with paperwork and problems.  And mine for another 21 months and 27 days.

Posted by richmondlikethecity at 10:17 AM No comments: