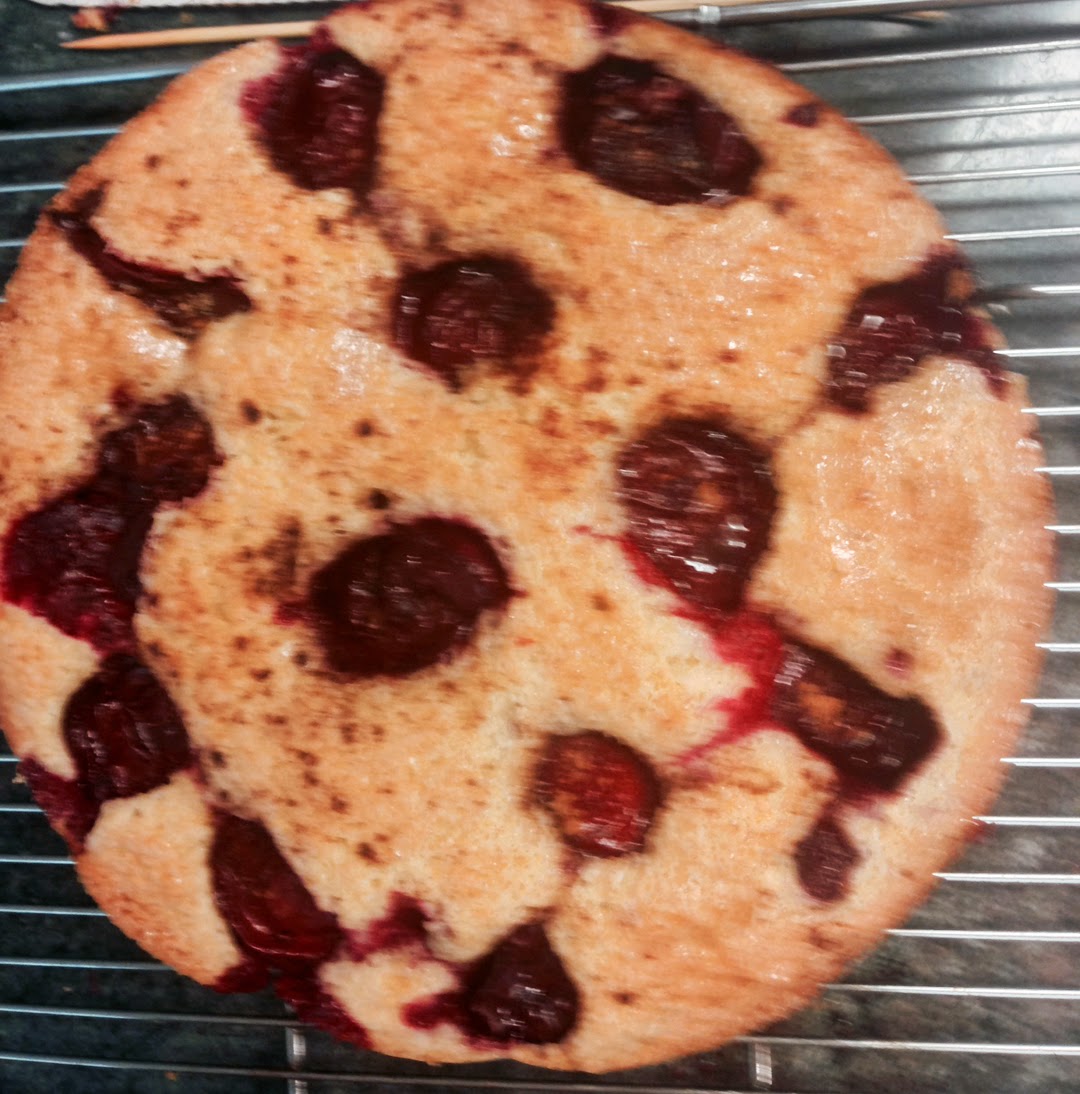 This is the seventh plum torte I've made in ten days.  They are stacked like planes over Laguardia in the basement freezer.  We ate the first one.  It didn't taste like deer repellant.  So, if I give you a 9" tin-foiled gift at Christmas, fear not.  Vanilla ice cream helps.

Posted by richmondlikethecity at 2:13 PM No comments: Some people should avoid plant life.
Last year we battled the chipmunks for  our tomato garden.  Our defeat was ignominious .  Before that it was the mutant, manifest-destiny squash (I bought a large, odd-shaped gourd for Halloween porch decoration.  Christmas came and went and it was still on the porch.  By mid-winter, the gourd was in mid-collapse.  I kicked it off the porch.  My husband sighed and took the chunks to the garbage.)  Months later, vines with with heavy gourds spread from where I had kicked the decayed beast, across the azaleas and up the twelve foot holly tree.  Truly.  The vines went up to the roof.  The gourds boasted 14-inch diameters and loomed in the holly branches.  People came to view the spectacle.
My son bought a house in DC.  I bought him a wild plum tree.  As it happened, his back yard was bricked, so we stuck it in our yard.  For years it did nothing but lean down the hill.  We staked it with string, but still it bent.  It bore a few plums one year but the deer ate them.  The brutal winter seems to have goosed its reproductive imperative.  Dozens and dozens of plums appeared.  The staking ruptured under their weight.  My husband rushed to prop the tree upright with iron braces.  Then he sprayed the plums with a foul odored deer repellent. Yum.  The problem is that he wants me to do something productive with this dubious bounty of very small plums.
"Make jam!" he says.  (I don't even buy jam) He advises that I wash them well, better yet, peel them!  (Why risk deer-repellant jam?)  I parboiled the plums.
Peeling them felt as if I was skinning them alive.  Red, viscous, staining fluid spread across my skin. Removing the pit from the flesh left me with a swamp-like slurry.  I threw it in the freezer so that months from now I can throw it out with good conscience.  Today I made a plum torte.  With the skins on.  No one wants to eat it.  And there's another bushel ripening on the kitchen table.

Posted by richmondlikethecity at 4:18 PM No comments:

Dilemma of the Two Hatted Artist

I work in a non-profit art store one day a week.  I also work in my Torpedo Factory studio three days a week.  The pay isn't great in either place.

In my studio, I hope to encourage random people to become patrons of the arts.  Wearing my other hat in the Art League store, I serve students and artists .  "Miracle on 42nd street" left a deep impression.  If we don't carry an item, or I think another store has a better selection, I tell the buyer.  For fourteen years, I have supplied the customers with dark Hershey kisses.  My co-worker Diane once opined, "I know why you give out chocolate.  It's so they won't think you're mean."  I was stunned.  "Why would they think I'm mean?"

Apparently, though I have a generous heart, it is hidden within the body of a curmudgeon.   So be it. I think I'm nice to most everyone.  It isn't always easy.  Working in retail has certainly made me a much nicer customer elsewhere.

This week's two-hatter dilemma was a phone call in the store.  A man said he and his wife had been looking for a big piece of art (Yes! I thought as an  artist).  But now they decided that they would just paint it themselves.  (Boo, hiss.)  And, he wanted advice on how to do it.  He already had the supplies, there was no money to be made for the store.
But I helped him anyway.  No chocolate was involved
.


Posted by richmondlikethecity at 10:24 PM No comments: