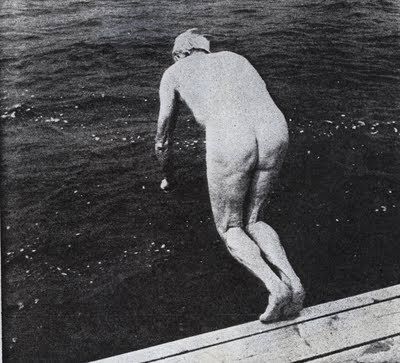 My father was an original, but doesn't every little girl think that.  The above image was taken by Alfred Eisenstaedt for People Magazine.  When it was published, in the seventies, I was surprised.  Apparently, so was my father.  Eisenstaedt had followed him for a 'day in the life'. It was my father's habit to swim in the buff.  Something I did not know, but now all of America knew.
Looking at the image now, I'm left wishing I had inherited his calves.
Posted by richmondlikethecity at 9:59 AM 1 comment: 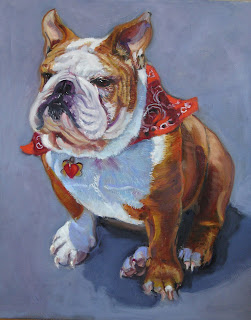 This is a portrait of Dozer Packard, a dear dog who died unexpectedly last week.  No doubt, he is romping with all the good boys who go to doggie heaven.  Safe Home, Dozer....
Posted by richmondlikethecity at 1:13 PM No comments: