Waiting for the Honey Wagon 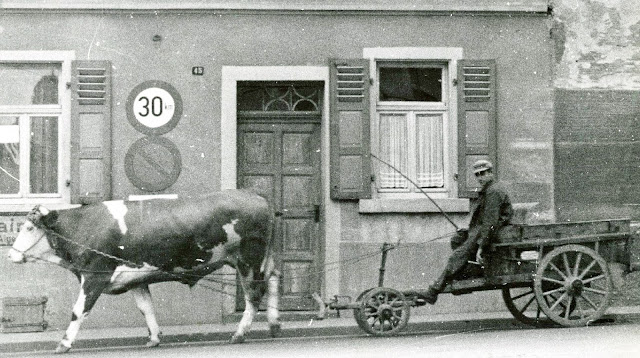 Stress has been wailing at my door.  Uncertainty about the future of the art center at the Torpedo Factory, has caused me to resume meditation.
Life circles back on itself.  Four years ago  my acupuncturist encouraged me to resume the meditation practice that I had abandoned in my 30's.  I had problems getting into it again.  She said to imagine a place where I felt completely myself.  I thought of the view from the summer house porch.
(From a post from 2012 )
"I recall of the angle of the sunlight, the smell of the sea and the bayberry, the drone of the mosquitoes.  Happy place!
But it's a short jump from that porch to unhappy thoughts.  My mind is on the porch, feeling the breeze, and the next instant I'm thinking about the septic tank.  We have been stewards of the house for 27 years and I don't think we've ever had it pumped.  I remember vaguely that my parents had it done.  I believe it is under the yard in back.  No telling where the opening is.  Probably six feet into the brambles. My mother told me as a child not to play in a certain corner of the yard, but was that the septic tank or the underground root cellar?"

I stopped meditating several months after I wrote that post.

We owners  (three kin and their spouses) rent the house most of the summer to help defray the taxes, insurance and unending maintenance of a 111-year old house. For years we have talked about getting the septic drained.  But neither brother knew where it was.  My guess was instantly dismissed as it was uphill from the house.  No idiot would ever put a septic tank uphill.
The search became imperative last year when tenants complained of a sewage smell. The tenants insisted we drain the septic  tank if they were to lease again...
Fast forward to early May when the plumber came to turn on the water.  He discovered that the waste pipe in the crawl space under the house had ruptured.  For a tidy sum, the cast iron line was repaired.  My husband, now the one in charge of bills, maintenance and general  hysteria, called several septic companies on the island.  We live on an island off of an island.  The little ferry that shuttles between islands cannot accommodate most honey wagons.  Finally, he found one that did.  Their metal detector stopped beeping 15 feet from the house.  They began digging only to discover the cast iron pipe was joined to a PVC pipe that ran uphill (to the very spot I had identified). The tank was only half full, leaving one to wonder where the rest of 30 years of flushes had gone.  The bad news was that the PVC pipe was blocked.
This is what I love about renting out the family house.  Tenants.  The first blockage was formed by baby wipes.  The second from bricks.  The third from liquor bottles.  I do remember some years ago paying the plumber $300 to unblock a toilet.  The culprit? Dozens of empty airline bottles of liquor.  Apparently, the family's teenagers had flushed the evidence.
So, I understand the baby wipes and even the liquor bottles, but why the bricks?
Posted by richmondlikethecity at 3:07 PM No comments: 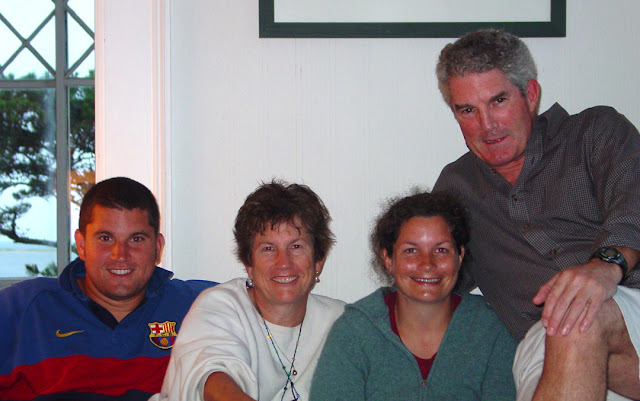 Well, here's a strange admission for Mother's Day.    This is the only photo I could find of me with both of my children.   I remember being with them for years. ( I couldn't have made that up, could I?)   But I lack the photographic evidence.  Where's "Big Brother" and video surveillance when you need it?

Posted by richmondlikethecity at 2:08 PM No comments: