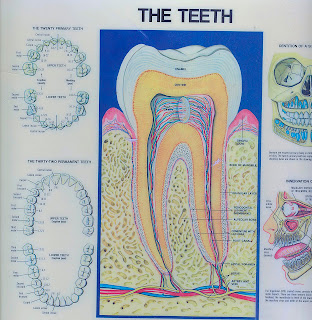 On the last day of the year, as one is thinking of the year gone by and preparing to embrace the next, are there any words less festive than, "You need a root canal."  Knowing the first weeks of the 2013 will involve repeated dental appointments, I am loathe to make a single resolution.   I mean really, why bother?
It puts me in mind of a quote from one of my favorite authors, S.J. Perelman:  "Every twelve years I drop whatever I am doing and allow wild horses to drag me to the dentist."

Posted by richmondlikethecity at 3:04 PM No comments:

Will Scar for Art 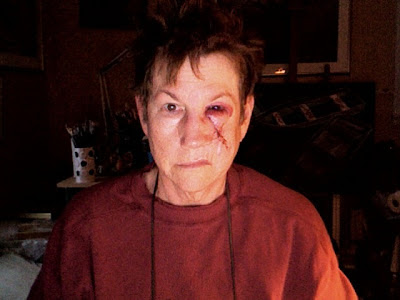 Carol Dupre's seminar "Potential Space and the Found" has ended.  I will miss being confounded weekly.  She promises us the Brothers Grimm and their deeply twisted fairy tales next semester.  I learned much this time, though I would be hard put to explain it.  Best to adopt a nod and a knowing smile.
Our "found" project is still in the works.  I chose to do an ontology (look it up, I had to).
Apparently, paintings of scars are big in the art world just now.  I don't mean to brag, but I have many scars. (The only better news for me would be if Ruben-esque women were to be declared the avatar of healthy womanhood.)  So my canvas is a grid of nine squares.  It will be titled, "A Sum of my Parts".  The center grid will depict of woman with a migraine (they were central to my life for many decades).
For scars there's my knee replacement gone bad, my double back surgery, my hysterectomy, my ectopic pregnancy, my twisted colon, my skin cancer...
When this piece is done, the art world will be my oyster. (And should the knife  slip while opening said oyster, I'll have a series.)
Posted by richmondlikethecity at 3:35 PM No comments: