Squeak No More, My Gutted Friends 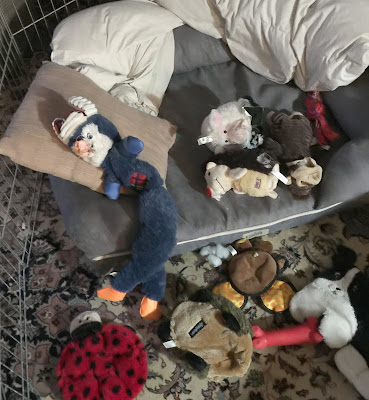 My son's dog Sam is with us for two years.  Sam is a sweet dog, but is not easily amused.  An hour walk, a half hour of Kong ball is required to calm him.   Sadly, Sam has had major knee surgery and is confined to small quarters.
His recovery is not going well.  It is tough to hobble a springing pogo stick.  As leaping is forbidden, Sam has returned to the lesser sport of gutting squeaky toys.  The above picture shows the recently disemsqueaked.
Even though he is on doggy-downers, he bounces around his small pen, thrashing the toys as if they are rabid squirrels. If we remove the toys he whines piteously
After three weeks he should be allowed to take several 10 minute walks.  But bouncing has set him back.  My husband frets that this expensive surgery was in vain.  Or God forbid, will have to be redone.  And certainly, Sam is in worse shape than he was two weeks ago.
Posted by richmondlikethecity at 2:11 PM No comments:

Cry Havoc and Let loose the Dogs of War.... 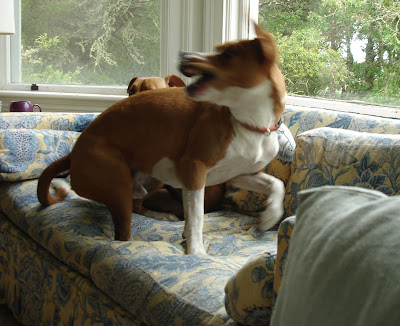 There is an old joke: a minister, a priest and a rabbi argue about the beginning of life. The priest says it is at conception.  The rabbi claims life begins at birth.  The minister says, life begins when the kids are gone and the dog dies....

When my dear Clio died in 2009, we swore off dogs.  We would be footloose and fancy free.
Regretfully, I am no longer able to jet off at a moment's notice for a weekend in Paris.  The whirling Whackadoodle  (it should be a breed recognized by the AKC) in the photo is Sam.  And Sam lives with me.

Six years ago, I told my son not to adopt a dog.  He could not afford it.  Confidently, he insisted that mutts were far healthier than purebreds.  Ha.

Sam is allergic to chicken, turkey, beef, pork, venison, rice, wheat, potato and corn.  He eats dry kangaroo pellets.  Other than the kangaroo pellets, Sam is a vegetarian.  His treats range from raw onion to raw brussel sprouts, to bananas. He used to like apples but now distains them.

Sam broke his tail and had major surgery.  His digestive and skin troubles are legion.  He went to Korea for two years with my son.  At the end of my son's tour Sam was so lethargic the vets thought he had kidney failure.  They pumped him full of fluids to make the 14 hour flight.  Back in the states, Sam was weak and tired.  My son next tour is two years in Niger, West Africa .  We didn't think Sam would survive the flight.  I agreed to keep him.  I honestly thought Sam was going to fade away by Christmas.

But lo, a miracle...it was determined that his kidneys weren't failing.  He has Atypical Addison's disease.  His blood has to be tested regularly to make sure he hasn't slipped into regular Addison's.  With prednisone he's his old whackadoodle self.  House guests this summer found him delightful.  until he launched into marathon humping sessions.  It was a red rocket nightmare.

Sam becomes destructive if not exercised.  He doesn't tire easily.  We took him on long walks and hurled balls with a Kong tosser.  Sam has a great midair catch.  But he will only chase the kong balls that squeak.  Kong balls look just like tennis balls, but Sam is nothing if not discerning.  Throw a regular tennis ball and Sam will look at you dismissively.

Two days before my son's plane lifted off to Niger, we learned that Sam had a torn ACL.  Surgery is next week.  His other knee is on the verge of tearing.  All those midair catches, I guess.

So Sam is ours until death do us part.  I did not want a dog.  But truth be told, in the nine years since Clio died, we never jetted off on a whim to parts unknown.

Posted by richmondlikethecity at 3:48 PM No comments:

An Old Gray Mare goes to the Passport Office 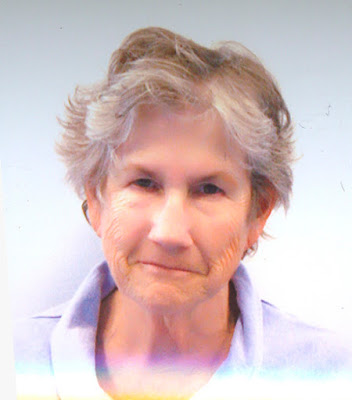 My passport expires in less than a year.  My son, who works for  the State Department, will be ricocheting from Korea to Niger this fall.  For the uninitiated, Niger (rhymes with Pierre) is a landlocked country, surrounded by the terrorist rich countries of Libya, Algeria, Mali, Chad and Nigeria.  The Lonely Planet reports, "Niger rarely makes waves in the international consciousness, and when it does it's invariably for all the wrong reasons: coups, rebellions and famines."  They add that it is full of warm hearted people.  The average temperature is 120 degrees, so I imagine it isn't just their hearts that are warm.
I have been to East Africa.  I don't know that I want to go to Niger.  But I do want to see my grandchildren, currently 2 and 3 years old.  So it was off to the Passport office.  Before the hassled passport man took my picture, he advised me to button up.  I was displaying age spots, not cleavage.  Then he suggested I fix my collar.  I fumbled around with it.  A nice Hispanic lady fixed it for me.  I sighed and said, "It takes a village." The passport man smirked and said "makeup?"

Read more »
Posted by richmondlikethecity at 4:43 PM No comments:

My Kingdom for a BandAid 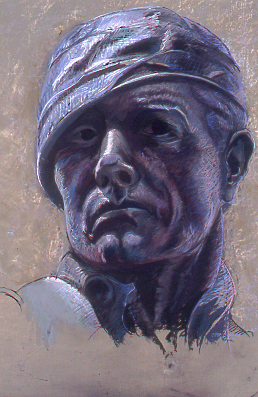 Why are bandaids so damned hard to open?  I understand the need for a sterilized product, but my God.... Who has the finesse to pry apart the 3/16th of an inch (I just measured ) flap.  I know I don't.  I end up, one-handed (the other is above my head to remove gravity from the equation) ripping the paper with my teeth.  Often I have to tear both sides to release it.   The hydrocolloid film bandages also defy access with a small tip that is tough to unseal.  Once you have one freed, you must apply  numbered transparent layers in the correct order.  Or you have to start all over again.  There used to be a brand that had a red string that enabled easy access.

If I am exasperated, it is because my skin is depressingly thin.  I need to be especially careful as any infection can gallop posthaste to my titanium replacement joints.  This, I have been told, would be very bad.

The mildest scrape will rip an angular flap from my arms.  A sweet dog laid his paw on my arm.  When he withdrew, he pulled up three rectangular flaps. I was bandaged for a month.   Bruises flare up suddenly from the merest bump and become purply-blue blotches.  My father had the same problem, but his was exacerbated by Coumadin.  He couldn't put his hand in a tight pocket without puncturing his skin.  If I weren't so clumsy, my hands wouldn't look as if they'd been beset by an army of angry whittlers.


I have spent a small fortune on bandages.  My advice: buy those with Manuka Honey.  They don't open easily, but once you have wrested one from its sheaf, it stays for days.  The honey works in mysterious ways.  I know this sounds odd, but it's medically approved.  Sort of.  On vacation, I went  to an emergency room for a long tear on my arm that would not heal.  After the doctor bandaged me he sent me to the drugstore for Manuka Honey bandages.

Posted by richmondlikethecity at 4:26 PM No comments:

Around the Bend We Go 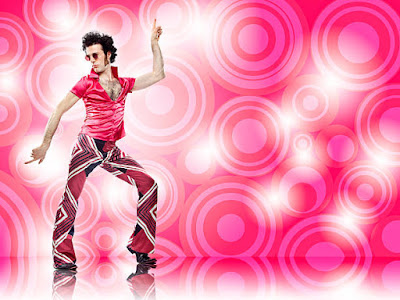 I have lost hold of my senses.

I was a Sixties Girl.  Rock and Roll forever.  When Disco slid onto the scene, I believed it a sacrilege.  Whiney, chirpy, and flashy....  It didn't help that disco balls and strobe lighting were a certain segue to 3 day migraines.  I hoped Disco was just a fad which would sink in the mire of its own glitz.  But it went on for years!

This week I heard the BeeGees "Night Fever" and found myself humming happily.  What happened in the intervening decades to prompt such a response?

I'm turning 70 soon.  And you know what they say, 'Seventy is the new Eighty.'

Posted by richmondlikethecity at 12:39 PM No comments: 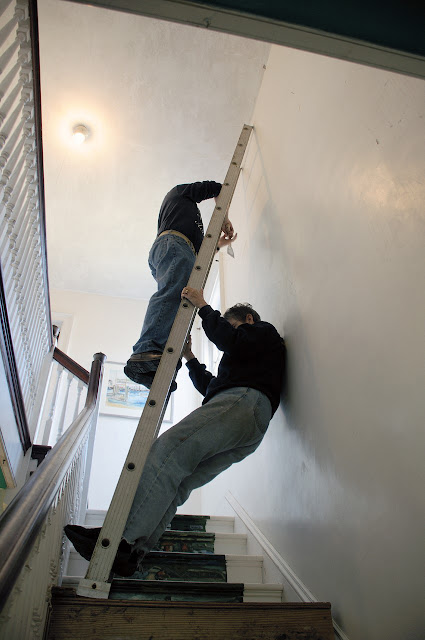 I have been known to complain about the endless maintenance of a Victorian summer home.  Usually I am outside scraping the stairs or the porch.  (My family is strongly against my wielding a paint brush inside.  Which is odd, as I am a painter.  I will say their opinion is justified. )
In 2009, the soaring stairway wall need to be painted.  My husband was the hero.  I just provided the ballast.

Susan Makara the joined in and painted the magnificent wall mural at the top of the stairs.  She used house paint and completed it in 18 hours. 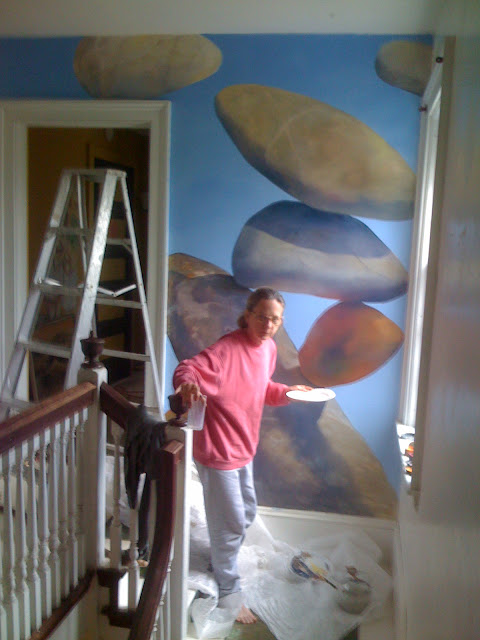 Posted by richmondlikethecity at 3:42 PM 2 comments: 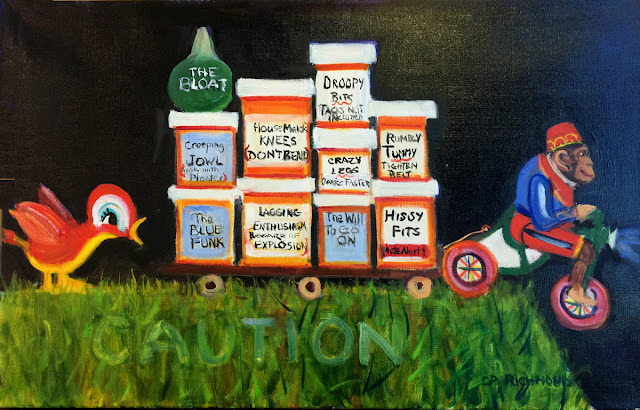 Our gene pool is our future, we are all doomed.  I accept that no one gets out alive.  What concerns me is the quality of this rush to the finish.  I expect the road to be rutted  and ripe with unexpected disasters.  I have already had a colorful medical history.  If I follow my parents lead, I can spin the wheel between strokes, Alzheimer's and cardiac arrest.  My grandparents had what my father termed "old people's cancer".   I accepted that as an accurate diagnosis for many years.

My eye doctor repeatedly asks if my mother, an artist, had glaucoma.  I have no idea. My brothers are no help.  The doctor seems to feel I am ripe for it.  I took the test today and I think I failed.  You stare at a spot and click a button every time you see a light flash to the side.  There were several stretches where I saw no flashes.   This can not be good.
Posted by richmondlikethecity at 3:06 PM 1 comment: