To Sleep, Perchance to Shop Online 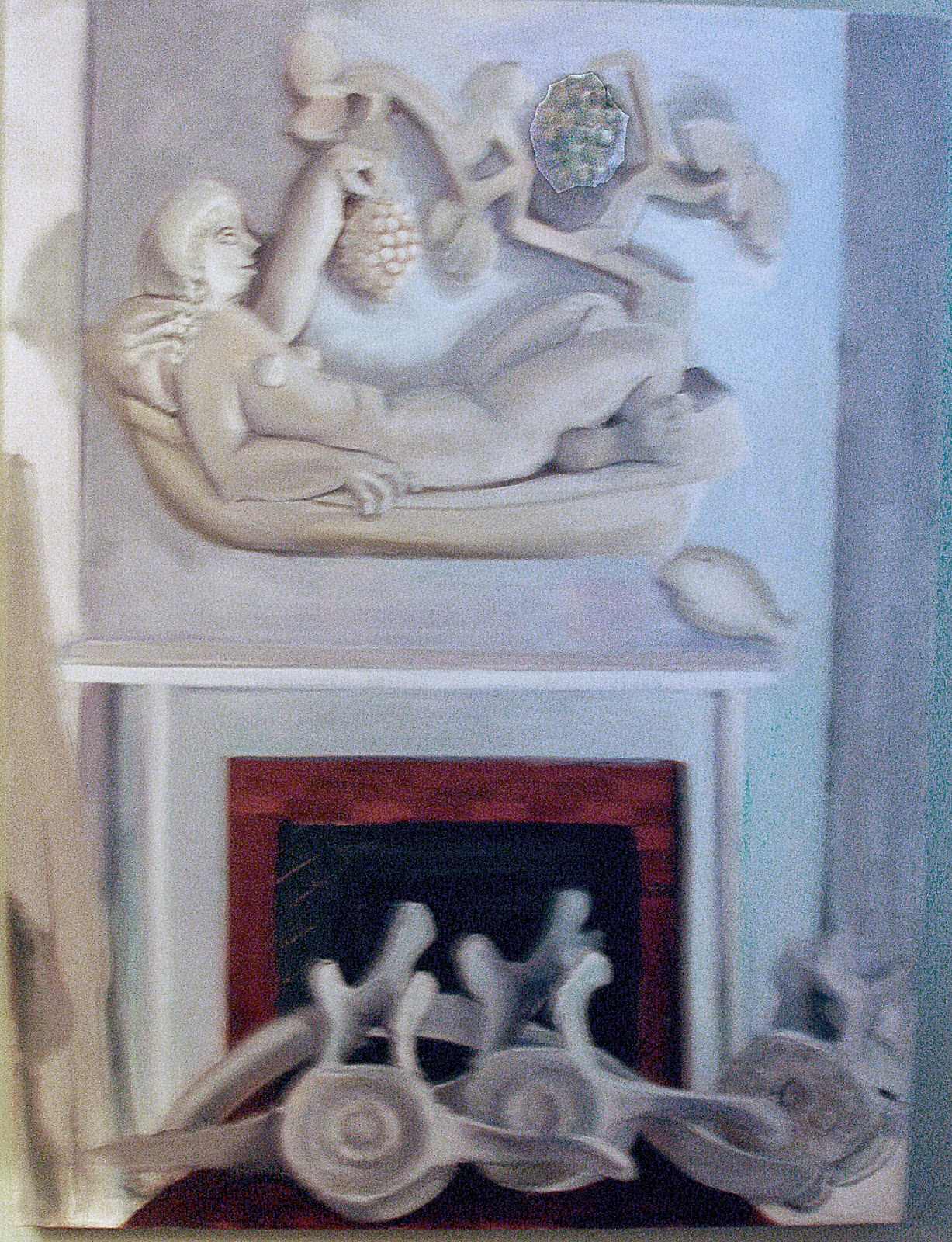 I cannot remember when I last had a good night's sleep.  Really, it's been decades.
Like my mother before me, I have "crazy legs".  She diagnosed them long before 'restless leg syndrome' became a cause celebre.  That's not my only hurdle, but the only one I care to mention.
I do what the tv show doctors recommend.  I exercise, limit my caffeine,  go to bed at the same time (10pm) and get up at 7 every morning.  (Sounds good unless you count my wandering the house between 11pm and 2am.)  I take sleeping pills, melatonin and half a benadryl to little effect.
During those benighted hours, I have three choices.  I can watch bad tv and eat even worse food-- things I would never eat during daylight hours.  Or, I could browse the internet and shop.  (My husband used to refer to weekly packages from online art stores as my "midnight oils.")
Or I could thrash in bed and fret.  Oddly, this is probably the healthiest of the three.  My kids are grown and healthy.  When I brood, it generally ends with thoughts about the family house on the Vineyard.  Why it isn't rented, why the bats abound, why the contractor wants 17k to paint the windows, on and on it goes.
I love this house.  It's been in the family for 61years.  The way costs are escalating, it probably won't be in the family for our children's children.
So I worry.  During the day I paint pictures of different rooms in the house.  So our kids' kids will know once there was a house on the hill, filled with bats and very well-painted windows.


Posted by richmondlikethecity at 5:00 PM No comments:

This is Rosie, maker of mincemeat 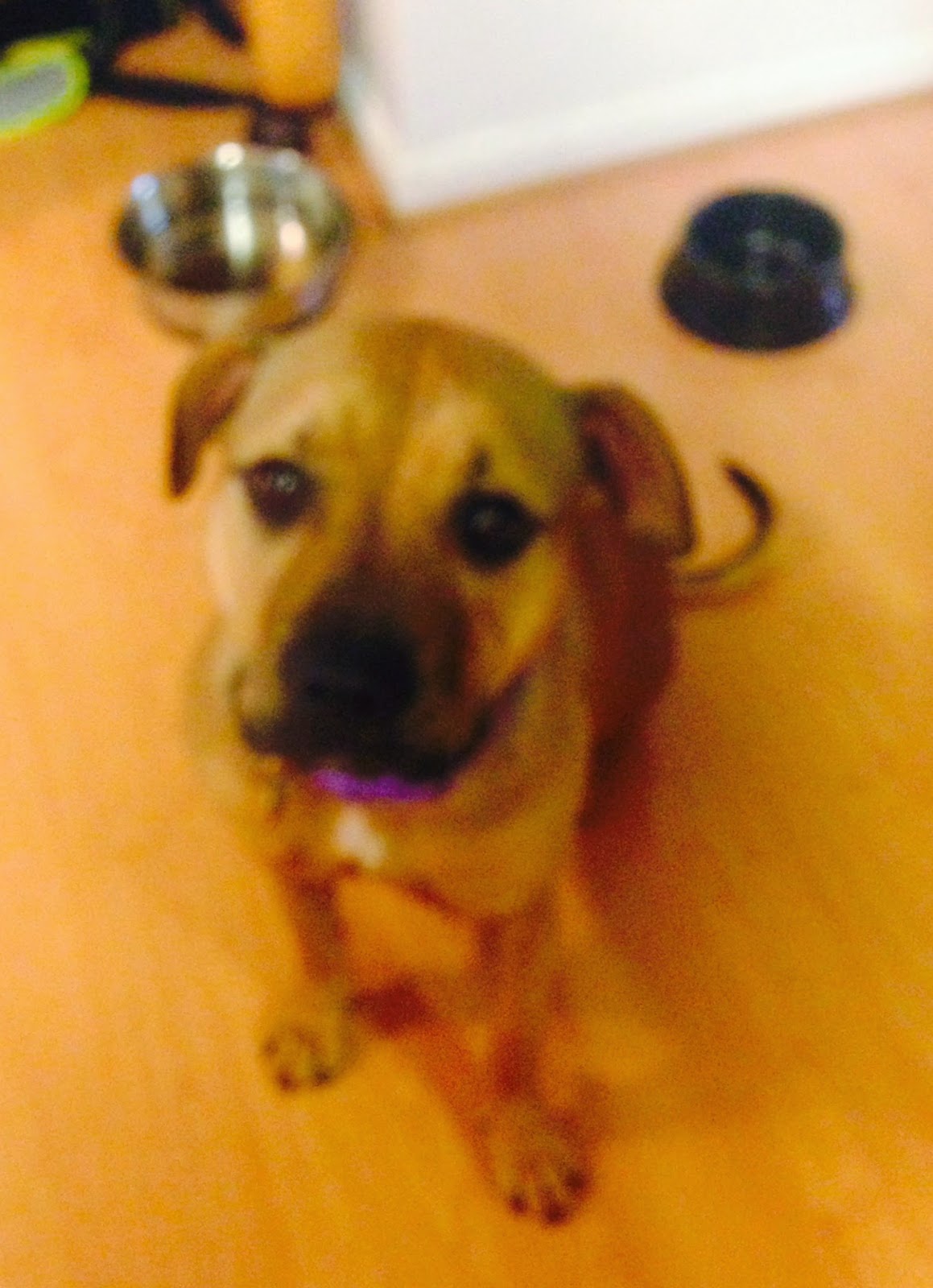 This is Rosie.  Isn't she adorable?  This is the dog that turned Christmas 2013 into a Quentin Tarrantino film, leveling 4 larger dogs, enriching local vets.  Rosie is my daughter's pit bull rescue.  We have her for 9 days.  My husband has declared Rosie the weirdest dog he's ever known.  I would agree.  She is remarkably good about somethings, she doesn't chew shoes or furniture.  She sings and talks more than any child I have known.  Most dogs will 'mouth' you while playing.  Rosie's teeth are curved needles.  She will release politely if you say 'no.'  Speed is of the essence.  She is skittish about going outside.  But then again, she doesn't go inside.  She loves tug of war.  My daughter left a remarkable tug toy for her.  It is a tee shirt that has been strategically ripped.  It is long enough, and has the tensile strength, to be used to evacuate the second floor of a burning building.  I'm not sure how it remains of a piece.  I have attempted to introduce the concept of heeling, using the techniques that brought my son's rescue dogs to heel.  Rosie veers between being dragged and  dragging the human.  When she finds a spot of mud she explodes in puppy fits of circling and rolling.  Lucky us, three days of rain....
Posted by richmondlikethecity at 9:00 AM No comments:

I know everyone likes a bargain.  And how is a buyer to know whether you are flexible in your prices?  I try not to be insulted.  (A friend of mine had a piece listed for $1600.  A surgeon asked if she would take $800.  Imagine if the tables were turned, would he operate at half price? ) I tend not discount unless two or more pieces are involved.  Last week, a woman from mainland China came in to my studio.  I was at  home.  My studio partner called to say that the woman was very interested.  She wanted a discount and would be back in a half hour.  Times are lean in my studio.  I agreed to a 15% discount.  Two hours later the woman returned and insisted on talking to me.  She wanted a 25% discount and the piece removed from the stretchers.  I said no thank you and left it at that.  She did buy the piece.  My partner had to remove it from the stretchers, no easy task.
It put me in mind of my children.  When they were young and had to go to bed in 30 minutes, they would whine.  I responded, okay, you have to go to bed in fifteen minutes.  They caught on quickly.  From now on, if I offer a discount and the client asks for more, I am returning to the full asking price.