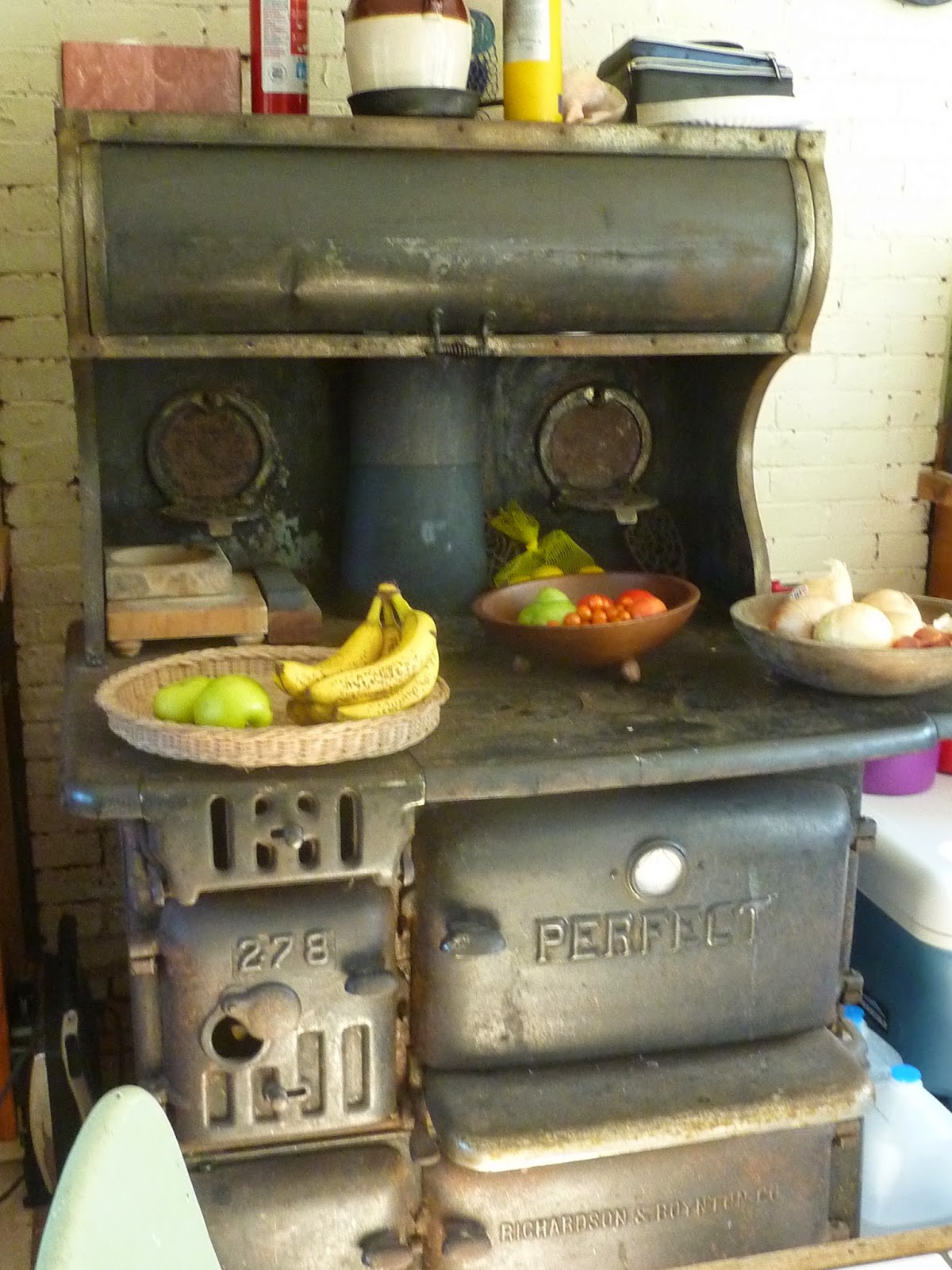 This is the wood burning cookstove that had the good grace not to fall through the floor into the rot.
Posted by richmondlikethecity at 4:56 PM No comments: 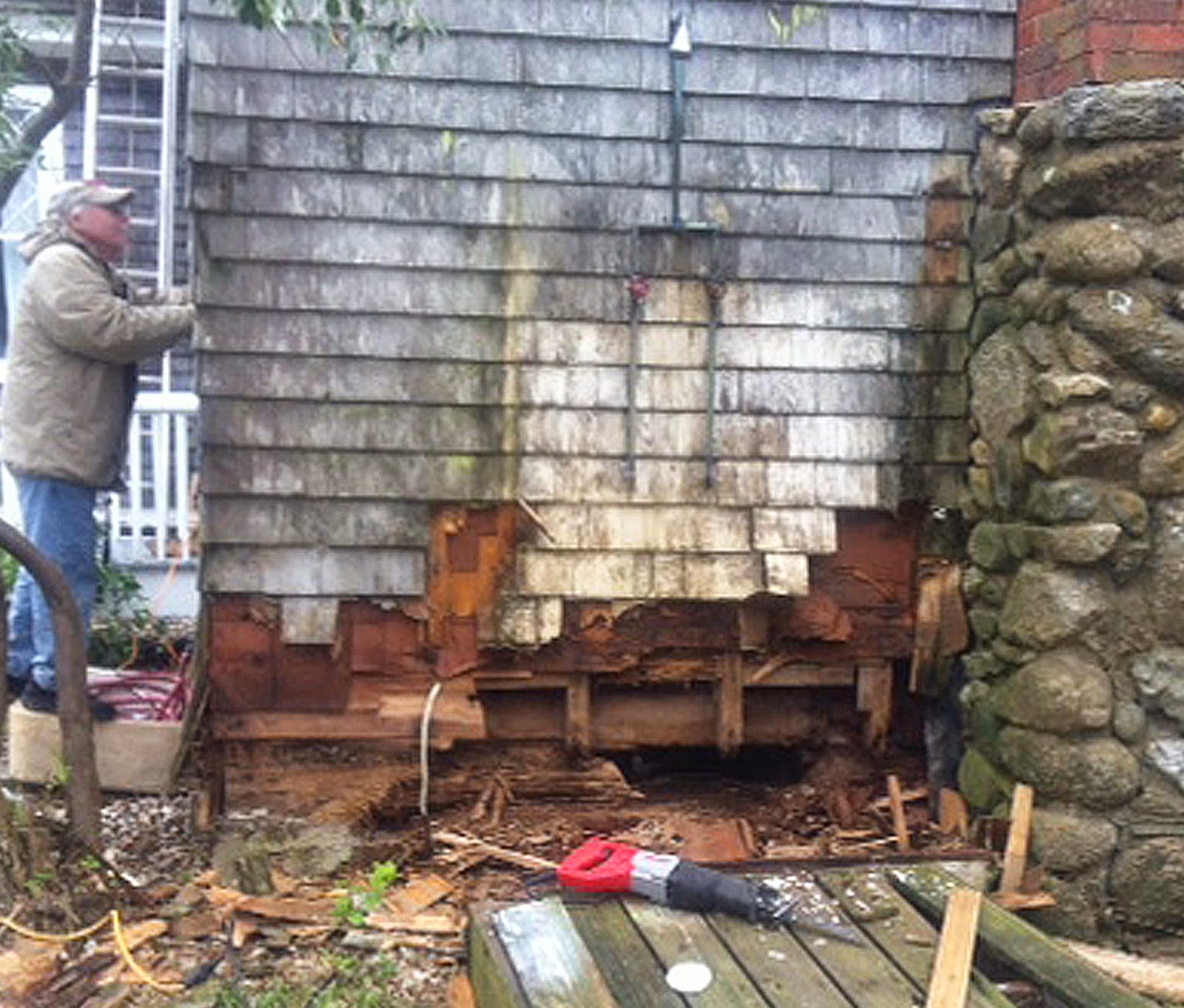 I rarely wax-poetic, but when I do Fate is right there, ready to lob a hornet's nest at my head.  Two posts ago, I wrote of joy of finding one's place in the world.  (For me it was an old house my father bought in 1953 on an island off of Massachusetts.)
While re-shingling one side of the house, we decided to have the area behind the outside shower done as well.  When the shingles came off (see above), we learned that the foundation had rotted through.  (Behind the adjacent stone chimney sits a large cast-iron, wood burning kitchen stove.  That it didn't crash into the hole created by the rot is the only bright spot in this story. )
We were lucky that it happened off-season.  No litigious tenants fell through the floor.  Repairmen avoid Chappaquiddick unless the blues are running.  The bluefish have been elusive this Derby, so my brother got a mason to come on a Sunday morning.
But by now, Fate was in a full windup pitch.  The mason poked and prodded all around the foundation.
Our house is apparently upright on a wing and a prayer.  The remedy is to jack-up the house and replace the foundation.
I didn't ask for an estimate.  The hornets are here.
Posted by richmondlikethecity at 3:28 PM No comments: