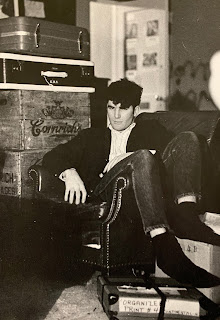 It has been five months since I posted the blog about my brother's death.  I cannot explain my absence.  It wasn't a 'slough of despair' that kept me away.  Just a general torpor.

Above is a photo of my husband when he was in college.  We have been together, despite some epic clashes, for a very long time.  I cannot clearly remember who I was back then.  Probably just as well.  He always tells people 'we have a tempestuous relationship: I am temperate and she's the pest.'  True enough.

There is an urban myth about a couple celebrating their 20th anniversary. He gives her 14 roses, one for each good year.  She saves six and throws the rest in the garbage.

I had little notion of the woman I would become or he would be.  I do remember standing outside the church and wondering whether we would make it.  Next month is our 50th wedding anniversary. It boggles the mind. 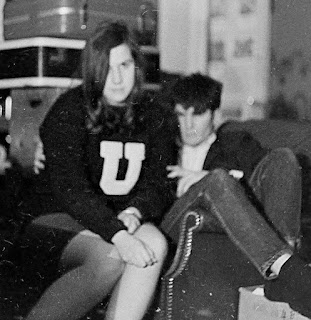 Posted by richmondlikethecity at 3:35 PM